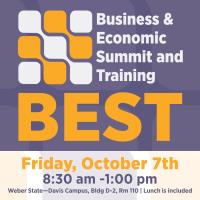 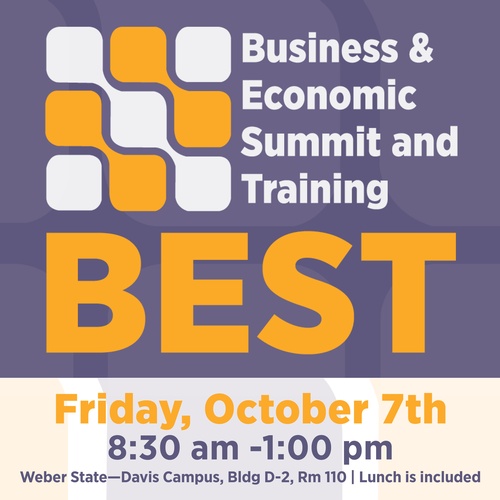 We are very pleased to invite you to our Business and Economic Summit and Training (BEST). This year, we have an exciting entrepreneurial panel, two informative speakers, and a speed round with Red Barn Academy, PARC and Davis Education Foundation! We hope you will join us!

A special thank you to these sponsors! 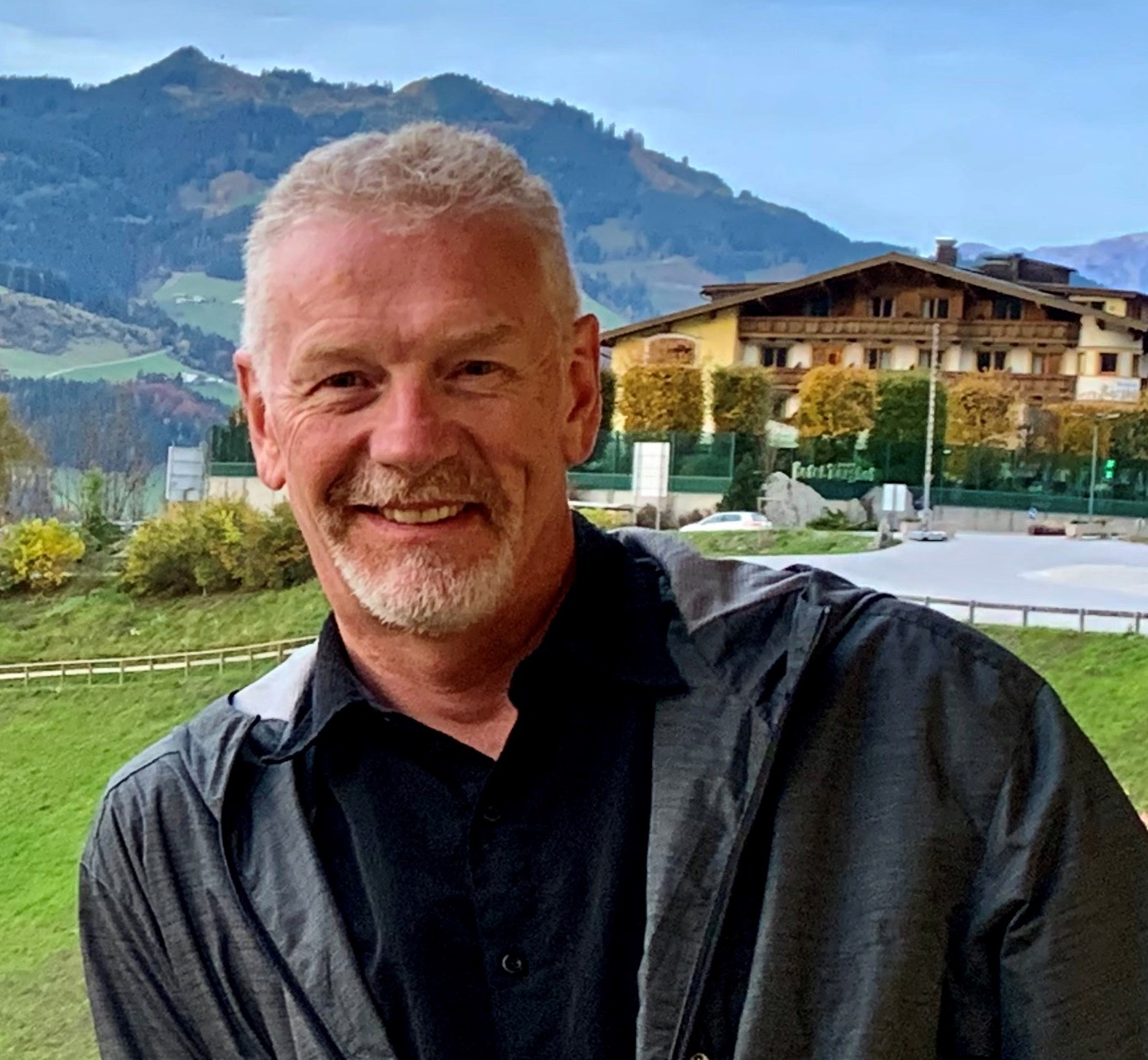 Mark Knold is the Chief Economist for the Utah Department of Workforce Services. Mark has worked for the department and its predecessor for 32 years and holds a master’s degree in economics from the University of Utah. His role is to oversee the department’s economic staff and to convey clearly and concisely labor market-related economic issues and trends affecting Utah. Responsibilities are to guide and direct economic content production, organization, and presentation, along with guiding labor-related research analysis. 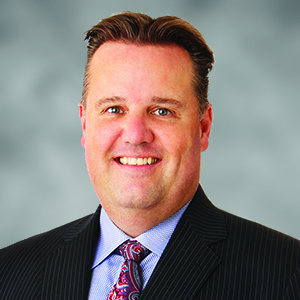 Rob Is the founder and Managing Director of the Jeppsen Performance Group.  In this practice, Rob and his team help develop Elite sales leaders in companies worldwide.

Rob is the Host of The Sales Leadership Podcast, an award-winning podcast with over 40,000 subscribers.  This podcast showcases the success blueprints of the world’s most successful sales leaders and has been recognized as the #1 podcast in the world for Sales Leaders.

Rob is the Founder of Xvoyant, a Sales Coaching Technology committed to helping organizations develop world-class sales leaders. Xvoyant services thousands of managers in 52 countries around the world and recently was recognized with the 2020 Gold Stevie® Award for Sales Performance Management System of the Year.

Rob has been recognized by the American Business Awards with 18 Gold and Silver Stevie® Awards, and has received the Salesforce Surfboard Award as the Sales Leader that best used Salesforce to win new business in the Large Enterprise category.

Rob speaks at conferences worldwide and has been one of the highest-rated speakers at the largest technology conference in the world, Dreamforce. Rob has trained over 1000 organizations and is a highly sought-after speaker at leading sales events worldwide. 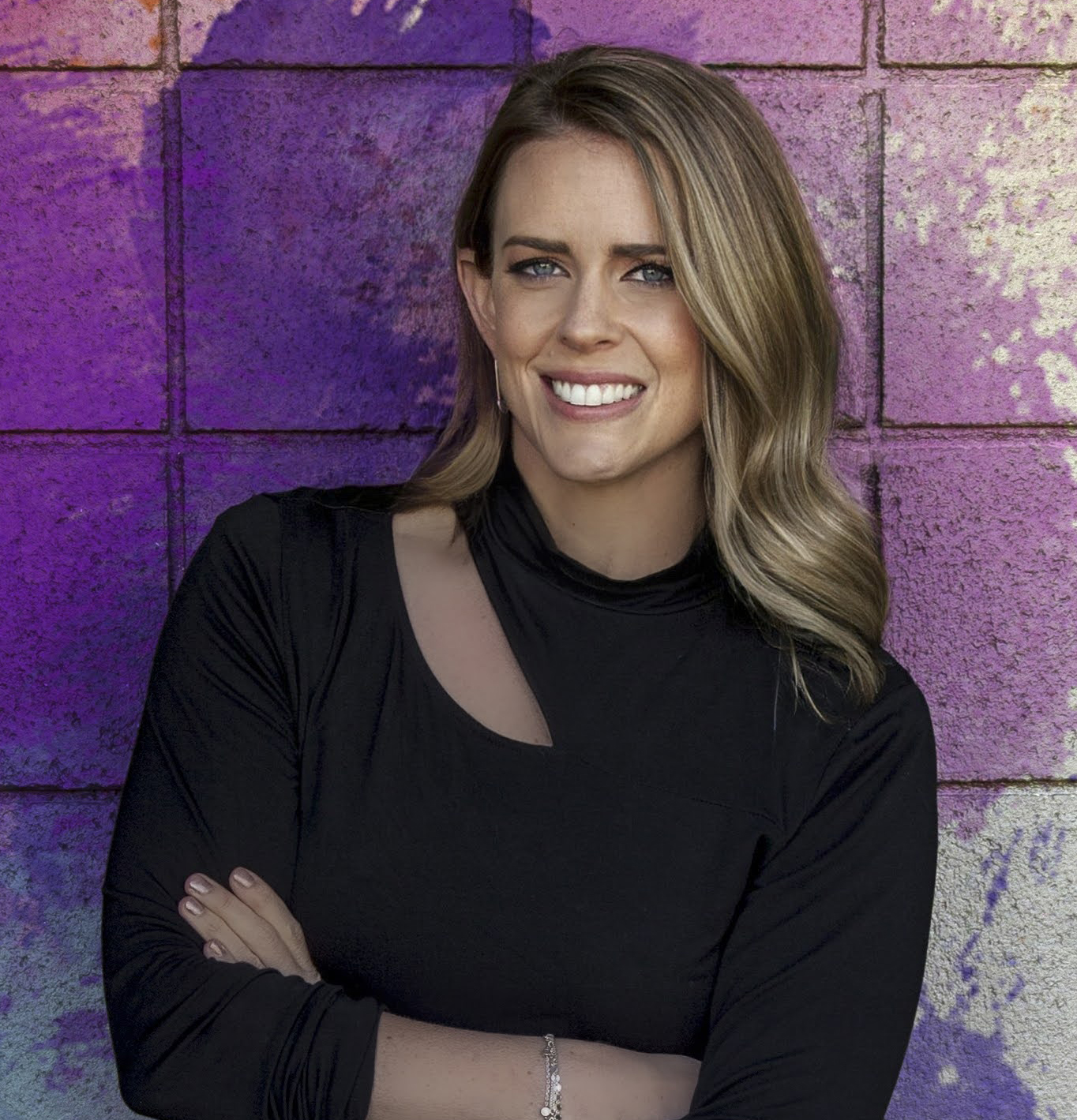 Jipe’s founder, Brenda Anderson, is one of the less than five percent of female Utah CEOs. She lives her life unafraid to uncover and execute ideas that change the way we think—while bringing creative ease to the way we live our lives in a world centered on technology. As a strong, ambitious, single mom of two teenage boys, she saw a need for an app that made searching for an entry-level job easy and familiar, especially for the Gen Z population.

Before starting Jipe, Brenda spent nearly ten years at MarketStar in several Marketing and Business Development positions. She was primarily responsible for managing the MarketStar corporate brand and created, developed, and implemented their employer brand strategy.

Over the course of a year, after surviving brain surgery, Brenda worked toward her goal of building Jipe during every spare hour. Today she is proudly showcasing Jipe to both job seekers and businesses. The reviews are in: Jipe is needed and relevant, and it is creating a stir for the job search journey.

With its innovative interface, Jipe is able to connect future employers with good talent and job seekers with great career opportunities. Brenda has delivered entry-level jobs to the fingertips of young job searchers in an easy, fast, and effective way! 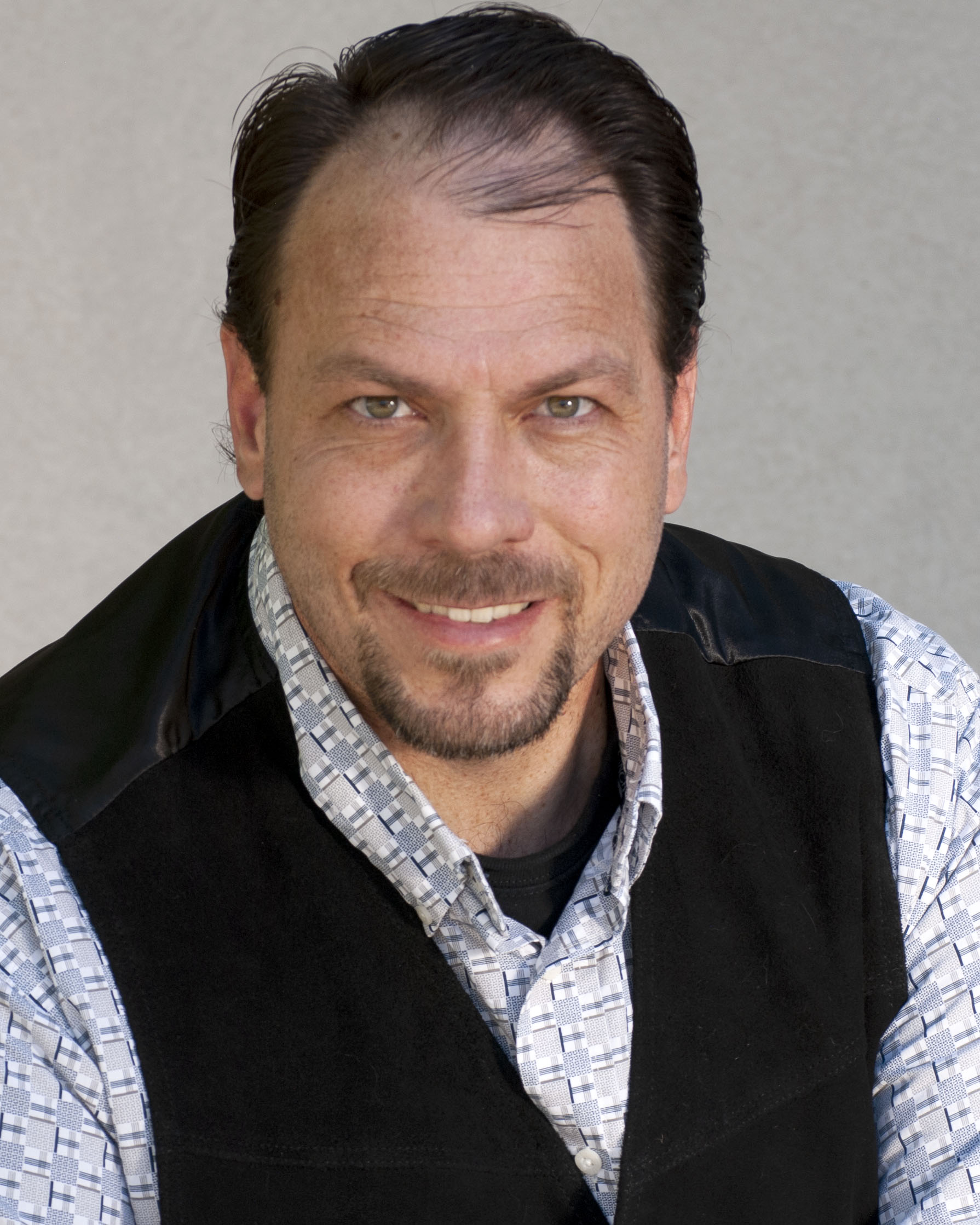 Travis has a passion for manufacturing premium products for various industries and markets. He enjoys a life of curiosity and discovery, paying specific attention to interactions between people and systems. His discoveries allow him to train highly skilled employees, identify and mitigate risk in complicated projects, and create stable processes within complex environments. Travis has spent his career focused on precision in leadership and providing customers with exceptional product. Travis actively engages in several creative and artistic activities. He also enjoys gaining a deep understanding of intricate gadgets and mechanical workings. 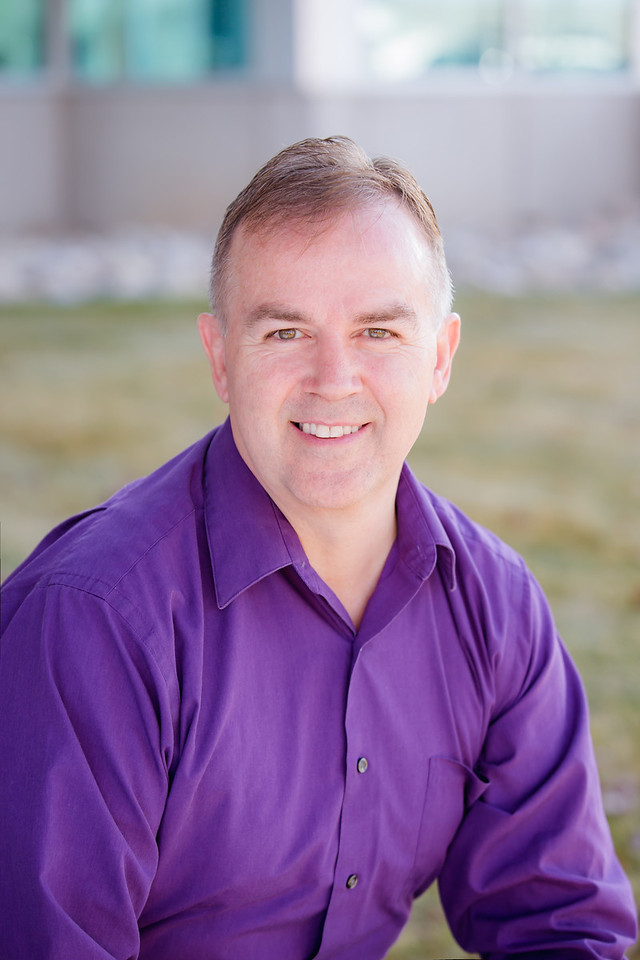 Roger Koyle began his entrepreneurial experience in 2001 when he started his first company, Home Source Mortgage as a single-person operation with no intention of expanding. Five years later Roger had grown the company to become the largest residential mortgage brokerage in Idaho, with an office of over 10,000 square feet and employing 65 employees.

In 2004, because of the incredible staff at his mortgage company, Roger was able to begin his 3rd business venture. After a year and a half of research, preparation, and construction, Viziato Salon and Spa inc. was opened for business. On its opening day, this very high-end day spa employed 40 full and part-time employees.

Prior to starting Home Source Mortgage Roger had a career in the Mortgage industry, Real Estate industry and worked for over five years in purchasing and management with Micron Technology.

In 2010 Roger and his wife located to Kaysville, Utah. The very first stop Roger made was to the Davis Chamber of Commerce where he was also introduced to the Davis Tech Business Resource Center and the SBDC. Roger became involved in various entrepreneurial ventures, and business consulting and served in a voluntary capacity as Site Leader and Board member of a Utah 501c3 organization known as entrepreneur Launch Pad (ELP). Roger acted as Site Leader for the Davis County site and Utah County site in Orem. During his time as Site Leader in Davis County, ELP expanded its attendance from 10-15 people meeting weekly to over 65. When asked how he was able to pull this off, Roger quickly credits the success to the other seven members of his advisory board who assisted with the four-month development and eventual launch. The pilot program was a massive success and was later expanded to Orem where with the help of volunteers from Davis County and Utah County, ELP-Orem was able to expand its weekly attendance from an average of eight people to over 40 in just six weeks.

Roger is now the Co-Founder and CEO of iZonus LLC which has developed several proprietary safety products designed specifically for First Responders and other safety-minded industries. He has made nine trips to China to oversee development and production. His products are now being used in one capacity or the other in almost all 50 states as well as Canada and Australia.
Member Directory Events Calendar Job Postings Contact Us Join The Chamber

Google Yahoo iCal (Outlook, Apple, or other)
Please share with your friends and colleagues:
2022 Business & Economic Summit and Training (BEST)